John was born in England but has has lived and worked in Holland since 1978. He is fluent in both Dutch and English.

He started his own building renovation company in the 1980s and has built up an extremely wide-ranging skill set, not only costing jobs but also carrying out the work with his own work force. During this time, he gained valuable practical knowledge, which he was later able to apply when employed by the “De Boer” supermarket chain with responsibility for the maintenance, renovation and new construction of all their supermarkets in North Brabant.

In 1989 after joining the Korteweg Bouw building company, John began training as an architectural cost calculator, learning the profession while he worked and qualifying in 1995.

“In those days, all the calculations were done by hand on squared paper,” he says, “That’s a thing of the past now with the advent of digital technology, at Millers Time we still apply traditional methods but with an understanding of the latest technology”

After seven years with Korteweg Bouw, John left to join a colleague in business, returning to architectural cost calculation in 2007, first working freelance for a company in Roosendaal, before branching out on his own and starting Millers Time in 2012. Since then, the company has undertaken a number of successful projects ranging from a 50.000 m2 commercial and industrial building commissioned by building contractors, to a 20 m2 house extension for a private client.

I enjoy my work and am interested in all new developments. I find it easy to work with other people and try to pass on my enthusiasm and knowledge to others. My interest in new technology means I am always in touch with the latest developments and can therefore offer a much more cost-effective service to my clients. 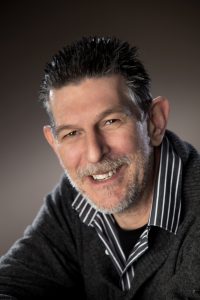